How Mexico Got Back in the Game 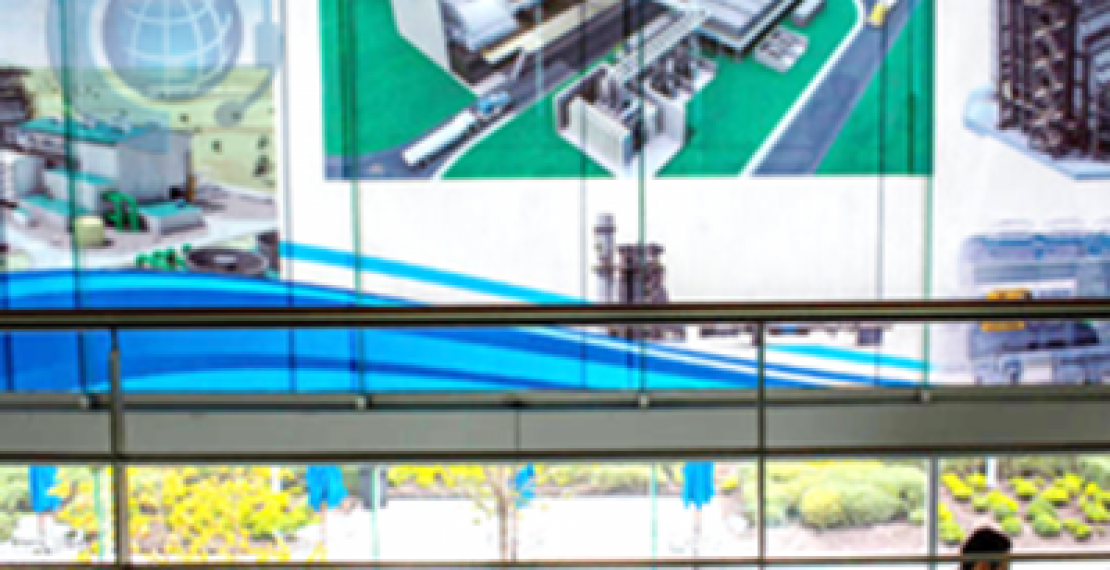 Impossible, you say? Well, yes, Mexico with only about 110 million people could never rival China or India in total economic clout. But here's what I've learned from this visit to Mexico's industrial/innovation center in Monterrey. Everything you've read about Mexico is true: drug cartels, crime syndicates, government corruption and weak rule of law hobble the nation. But that's half the story. The reality is that Mexico today is more like a crazy blend of the movies "No Country for Old Men" and "The Social Network."

Something happened here. It's as if Mexicans subconsciously decided that their drug-related violence is a condition to be lived with and combated but not something to define them any longer. Mexico has signed 44 free trade agreements — more than any country in the world — which, according to The Financial Times, is more than twice as many as China and four times more than Brazil. Mexico has also greatly increased the number of engineers
and skilled laborers graduating from its schools. Put all that together with massive cheap natural gas finds, and rising wage and transportation costs in China, and it is no surprise that Mexico now is taking manufacturing market share back from Asia and attracting more global investment than ever in autos, aerospace and household goods.

"Today, Mexico exports more manufactured products than the rest of Latin America put together," The Financial Times reported on Sept. 19, 2012. "Chrysler, for example, is using Mexico as a base to supply some of its Fiat 500s to the Chinese market." What struck me most here in Monterrey, though, is the number of tech start-ups that are emerging from Mexico's young population — 50 percent of the country is under 29 — thanks to cheap, open source innovation tools and cloud computing.

"Mexico did not waste its crisis," remarked Patrick Kane Zambrano, director of the Center for Citizen Integration, referring to the fact that when Mexican companies lost out to China in the 1990s, they had no choice but to get more productive. Zambrano's Web site embodies the youthful zest here for using technology to both innovate and stimulate social activism. The center aggregates Twitter messages from citizens about everything from broken streetlights to "situations of risk" and plots them in real-time on a phone app map of Monterrey that warns residents what streets to avoid, alerts the police to shootings and counts in days or hours how quickly public officials fix the problems.

"It sets pressure points to force change," the center's president, Bernardo Bichara, told me. "Once a citizen feels he is not powerless, he can aspire for more change. ... First, the Web democratized commerce, and then it democratized media, and now it is democratizing democracy."

If Secretary of State John Kerry is looking for a new agenda, he might want to focus on forging closer integration with Mexico rather than beating his head against the rocks of Israel, Palestine, Afghanistan or Syria. Better integration of Mexico's manufacturing and innovation prowess into America's is a win-win. It makes U.S. companies more profitable and competitive, so they can expand at home and abroad, and it gives Mexicans a reason to stay home and reduces violence. We do $1.5 billion a day in trade with Mexico, and have been spending $300 million a day in Afghanistan. Not smart.

We need a more nuanced view of Mexico. While touring the Center for Agrobiotechnology at Monterrey Tech, Mexico's M.I.T., its director, Guy Cardineau, an American scientist from Arizona, remarked to me that, in 2011, "my son-in-law returned from a tour of duty in Afghanistan and we talked about having him come down and visit for Christmas. But he told me the U.S. military said he couldn't come because of the [State Department] travel advisory here. I thought that was very ironic."

Especially when U.S. companies are expanding here, which is one reason Mexico grew last year at 3.9 percent, and foreign direct investment in Monterrey hit record highs.

"Twenty years ago, most Mexican companies were not global," explained Blanca Treviño, the president and founder of Softtek, one of Mexico's leading I.T. service providers. They focused on the domestic market and cheap labor for the U.S. "Today, we understand that we have to compete globally" and that means "becoming efficient. We have a [software] development center in Wuxi, China. But we are more efficient now in doing the same business from our center in Aguascalientes, [Mexico], than we are from our center in Wuxi."

Mexico still has huge governance problems to fix, but what's interesting is that, after 15 years of political paralysis, Mexico's three major political parties have just signed "a grand bargain," a k a "Pact for Mexico," under the new president, Enrique Peña Nieto, to work together to fight the big energy, telecom and teacher monopolies that have held Mexico back. If they succeed, maybe Mexico will teach us something about democracy. Mexicans have started to wonder about America lately, said Bichara from the Center for Citizen Integration. "We always thought we should have our parties behave like the United States' — no longer. We always thought we should have the government work like the United States' — no longer."