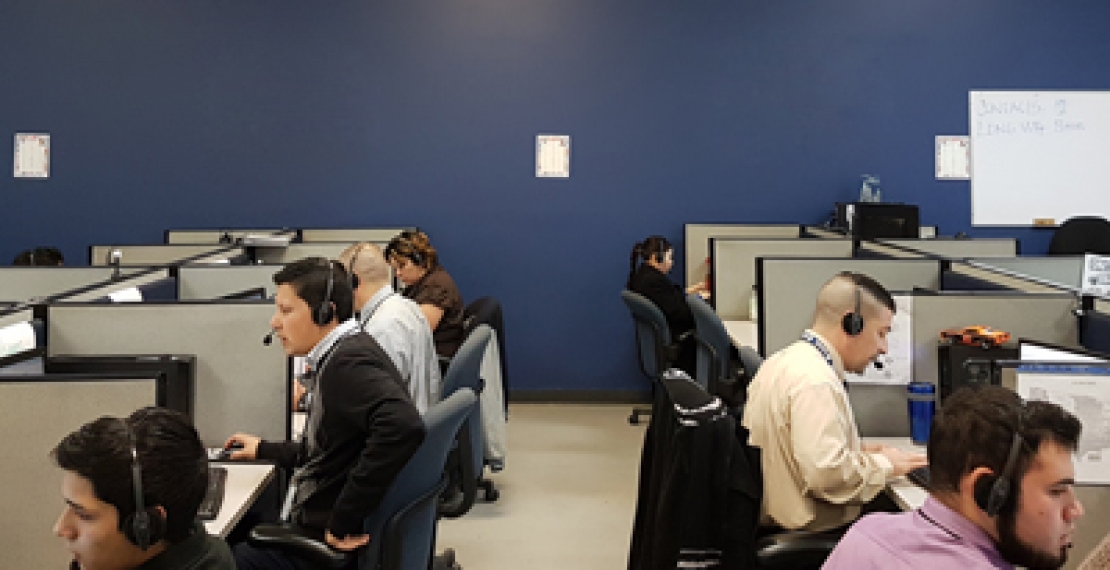 If Donald Trump deports millions of people, Mexico’s call centers will have one word for him – and it won’t be gracias; it’ll be thanks.

The booming industry needs English speakers to service US customers, and the US president seems set to oblige with a deportation force that could banish record numbers of Americanized Mexicans south of the border.

Call centers here already employ thousands of people deported under the Obama administration. They do market research, sales and technical support for companies such as McDonald’s, Coca-Cola and Toyota. Their English can be so fluent and idiomatic that customers assume they are in the US.

Call centers post flyers on the noticeboards of migrant shelters where deportees usually spend their first nights after expulsion. The flyers promise dollar commissions, bonuses and benefits, such as free coffee and cookies. Wages, however, are low – about $100 a week.

From just a handful a decade ago, there are now more than 50 call centers employing more than 10,000 people just in Tijuana, a sprawling city in Baja California, Mexico abutting a border wall beyond which lies San Diego.

The upbeat view contrasted with the anxiety gripping immigrant communities around the US. Immigration and Customs Enforcement raids swept up 680 people last week, sparking grassroots resistance and vows to block future deportations.

Mass expulsions could undermine a separate Trump election promise to curb the outsourcing of call center jobs. Seven Democratic senators have lobbied the president to ban federal contractors from offshoring such posts.

Mexico, however, is far cheaper than the US. If the country gets more native English speakers, US corporations will be even more tempted to outsource such work.

Call centers can be a lifeline for deportees who arrive broke, disorientated and disconnected from families in the US. Some of those who left Mexico as infants barely remember the country or speak Spanish.

Original article by Rory Carroll via The Guardian.