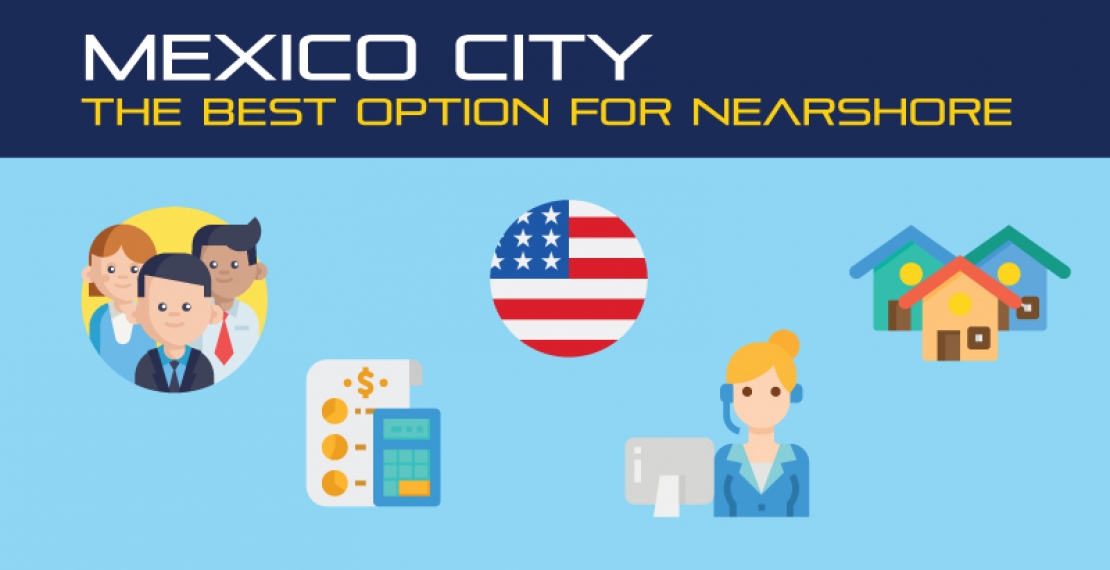 Mexico City is one of the most influential financial countries in the American continent and is globally acknowledged for its economic stability and vast culture. Furthermore, it has the 2nd largest urban population, the biggest in the American continent. Making it the best Nearshore location for Contact Centers, world-class companies have benefited from a large recruitment pool, low-cost labor, low rotation rate, and proximity to the U.S. Here we'll tell you more about the key factors that make Mexico City indeed the best outsourcing destination. 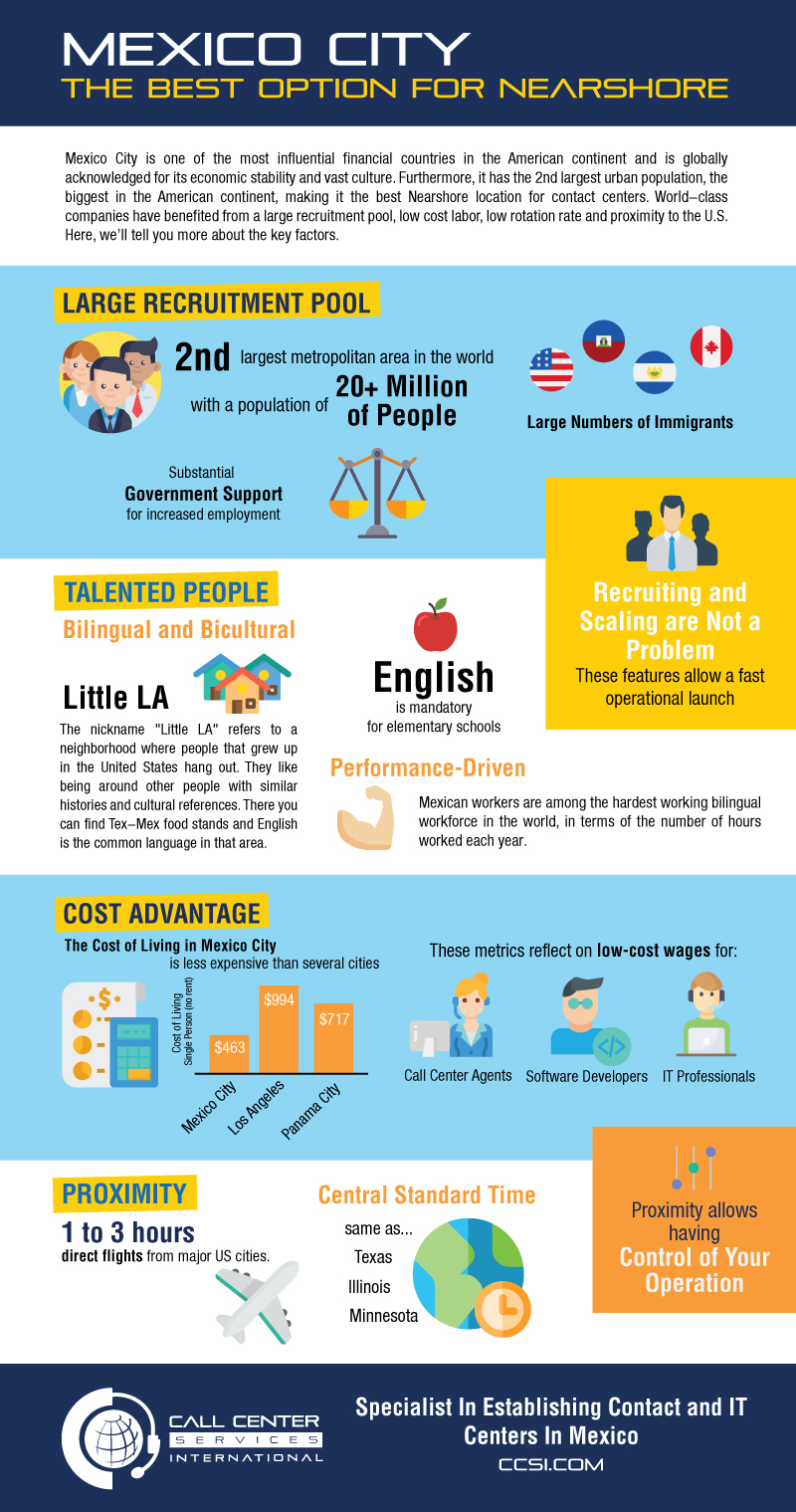 Mexico City and its surrounding municipalities make it the second-largest metropolitan area in the world, with a population of 20+ million people. In the city, you would find a large number of immigrants from countries such as the United States, Canada, Colombia, El Salvador, and Haiti, just to mention some, creating a multicultural environment. There's also substantial government support for increased employment; this means that the government helps businesses find job candidates with many activities like job fairs and incentives.

A large population of Mexico City is fully bilingual and bicultural, making them a prepared and talented recruitment pool. There is a community of people that grew up in the United States that hangs out in a neighborhood with the nickname of Little LA, there you can find Tex-Mex food stands, and English is the common language in that area.

Additionally, English is mandatory in all Mexican schools from seventh through ninth grade, although many private schools start in preschool. As an added value, Mexican workers are among the hardest working bilingual call center agent workforce in the world in terms of the number of hours worked each year. Mexicans work 48 hours a week.

One of the best advantages of Mexico City is the labor cost. The Cost of Living in Mexico City is less expensive than in several metropolitan cities. For example, in Mexico City, a single person's monthly cost is about $463.44 USD without rent, while in Los Angeles, it would be around $994.15 USD and $717.09 USD for Panama City.

These metrics reflect on low-cost wages for call center agents, software engineers, and I.T. professionals. A contact center in Mexico can reduce costs by up to 80%.

Mexico City is just 1 to 3 hours away from the United States, with direct flights from major US cities. This proximity brings the benefit of using the same or very similar time zones; Mexico City uses the Central Standard Time, same as Texas, Illinois, and Minnesota. It allows having control of the contact center operation, being able to be there in a few hours, or having an immediate response from the Mexico City team.

Recognizing these advantages, Call Center Services International established two call centers in Mexico City, making it a key factor for having two centers there. CCSI helps U.S. companies to establish a nearshore contact center, allowing them to reduce costs, increase capacity and focus on their primary business. If you want to learn more about Mexico City or CCSI, feel free to contact us.