Deported Mexicans Get New Life In Call Centers That Cater To The U.S. 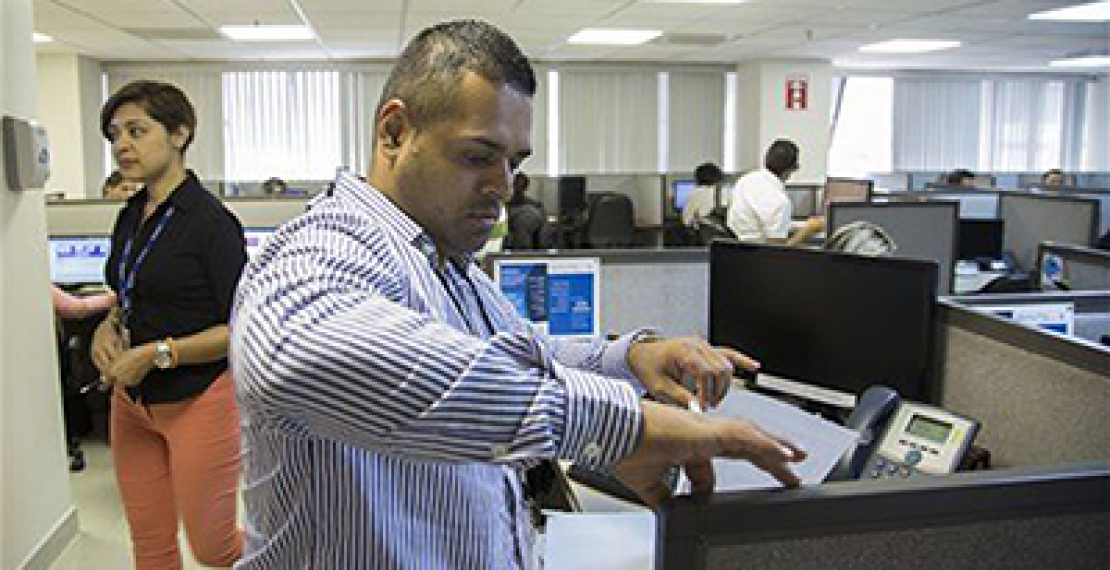 Henry Monterroso is a foreigner in his own country. Raised in California from the age of 5, he was deported to Mexico in 2011 and found himself in a land he barely knew.

But the 34-year-old Tijuana native feels right at home as soon as he gets to work at Call Center Services International, where workers are greeted in English. Monterroso supervises five employees amid rows of small cubicles who spend eight hours a day dialing numbers across the United States to collect on credit card bills and other debts.
He is among thousands of deported Mexicans who are finding refuge in call centers in Tijuana and other border cities. In perfect English — some hardly speak Spanish — they converse with American consumers who buy gadgets, have questions about warrantees or complain about overdue deliveries.

At Monterroso's office in one of Tijuana's tallest buildings, managers bring meals from Taco Bell in nearby San Diego to reward employees because the fast-food chain has no outlets in Mexico. Workers are off for the Fourth of July and Thanksgiving but labor on Mexican holidays.

"The end of your shift comes at 6 and you get hit by reality out there: You're not in the U.S.," Monterroso said above the din of buzzing phones. "While you're here, you still get a sense that you're back home, which I like very much."

Many workers spent nearly all their lives in the U.S. and still have family there, which is a major selling point for Mexico over English-language industry leaders like India and the Philippines. They can chat comfortably about the U.S. housing market and Super Bowl contenders. They know slang.

Still, the sudden change is a shock. Monterroso's weekly pay of less than $300 is a humbling drop from the $2,400 he made in San Diego real estate at the peak of the U.S. housing boom in the mid-2000s. And back in Mexico, the deportees are often ostracized for off-kilter Spanish or seen as outsiders.

"It can't get any worse for them," said Jorge Oros, co-founder and chief operating officer of Call Center Services International. "They were deported from a country where they were for so many years and now they're stuck here in a country where they've never been before. When you're offering them a job and an opportunity, they become the most loyal employees you can have."

By the end of the year, Mexico's outsourced call centers will have more than 85,000 workstations, which may be staffed two or three shifts a day, while there are nearly 490,000 in India and 250,000 in the Philippines, according to Frost & Sullivan. The industry consultant estimates Mexico will surpass 110,000 workstations in 2020, fueled partly by a large pool of bilingual workers and proximity to the U.S.

Baja California state, which includes Tijuana, has about 35 call centers that employ nearly 10,000 people. An estimated 45 percent are deportees, said Oros, who leads a local industry group. Callers typically start below $150 a week, more than twice what they would likely make on a graveyard shift in one of the city's assembly plants.

The industry has prospered in Mexican border cities as deportations spiked under U.S. President Barack Obama. The Mexican government says there were 332,865 deportations from the U.S. last year and more than 1.8 million the previous four years.

At Call Center Services International, job applicants read English to voice-recognition software that flags anyone with a strong accent. The company conducted orientation for new hires in Spanish when it was founded but soon discovered that employees had an easier time following in English.