Is Tijuana The New Tech Mecca? 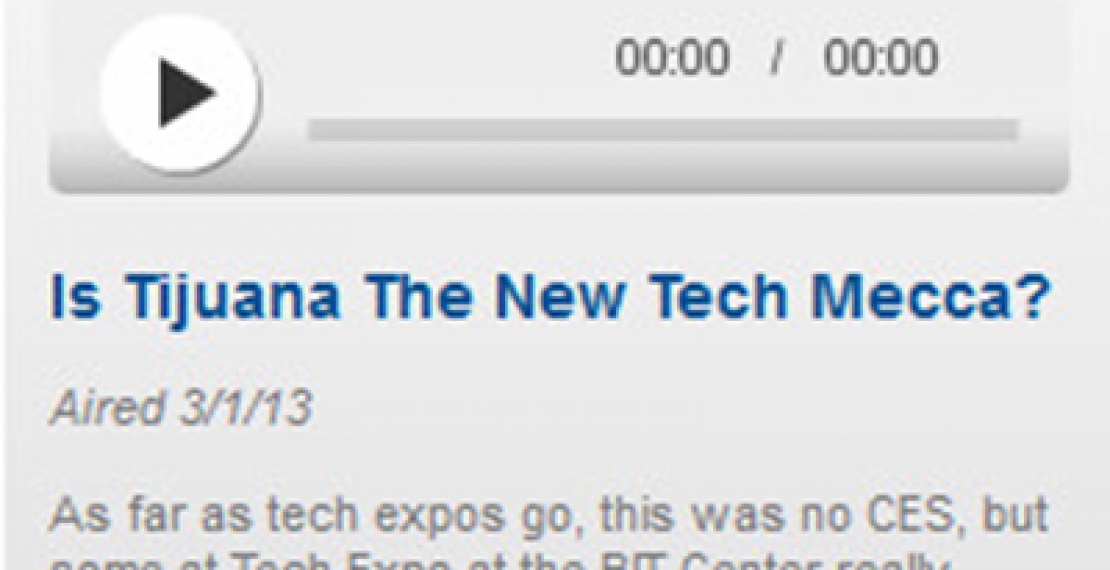 TIJUANA, Mexico — As far as tech expos go, this was no CES, the Consumer Electronics Show held every year in Las Vegas. Here at the BIT Center in Tijuana, there were only a few dozen vendors — a social media firm; a consulting company that helps maquilas manage their inventory and customs paperwork.

But some here really believe the border city has a future as an innovation mecca, like Silicon Valley.
"It's got all of the right ingredients" said Olin Hyde, vice president of business development for a La Jolla-based company called ai-one.

"Mexico graduates twice the number of engineers per capita as the United States," Hyde said. "We have the opportunity to do cross-border collaboration. There's already a burgeoning high-tech industry here manufacturing everything from TVs to cyber-security products."

Hyde's company just developed an artificial brain that he says can learn in the same way children do. And he hopes Tijuana's young and tech-minded will find ways to put it to good use. His company is holding a hackathon here in April, inviting developers from Tijuana and San Diego to do just that.