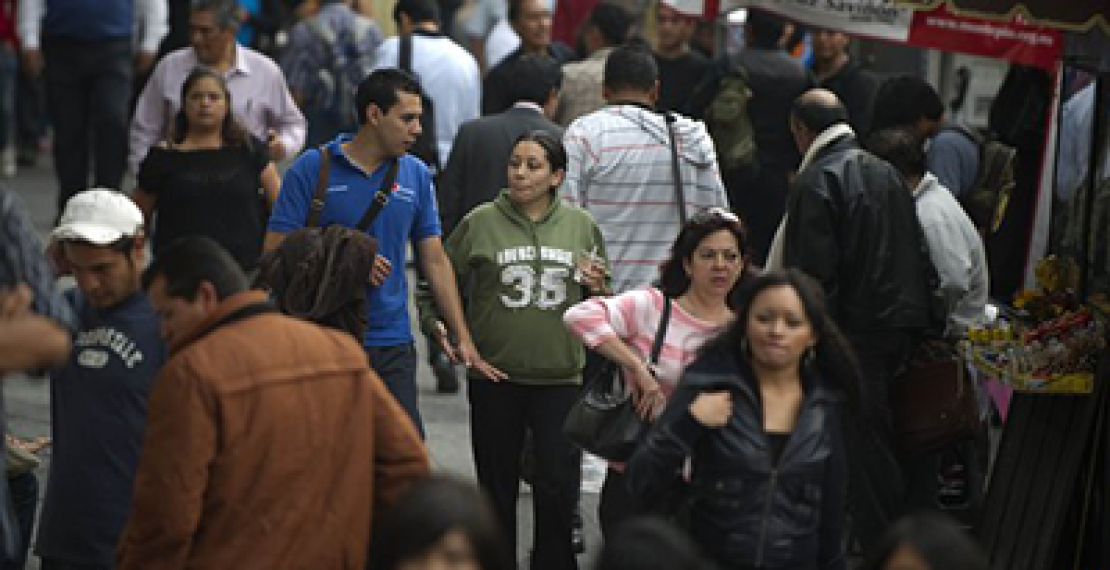 As US President Barack Obama visits Mexico this week, he may want to consider the new realities of the country, says Shannon O'Neil, from the Council on Foreign Relations.

President Obama's visit to Mexico is part of a long tradition of diplomatic relations between the US and its neighbour to the south.
But while many Americans feel that they understand the basic economic and social forces that drive Mexico, the realities are much more interesting.
Here five myths about Mexico, that have a direct impact on American foreign policy, are debunked.

Mexico is no longer a poor country

Though many Americans think of Mexico as a country of either wealth or poverty, by most accounts it is now a middle-class country.
A majority of Mexican households - incorporating roughly 60m people - now have disposable income. Half of the people in Mexico own their own car, and one-third own a computer. Nearly everyone has a television and mobile phone.

These new urban middle-class Mexicans are also investing in their children's education. There are now 45,000 private schools, comprising nearly a third of all Mexico's schools.
Student enrollment in universities and beyond has tripled in the past 30 years, from under a million in 1980 to almost three million today.
The rise of the middle class has affected Mexico's politics, too, with this segment pivotal in voting out the long-ruling Institutional Revolutionary Party (PRI) in 2000, and then voting them back in to Los Pinos, Mexico's White House, last year.

This crucial voting bloc is increasingly up for grabs, rapidly joining the ranks of Mexico's proclaimed political independents.
They mirror the US middle class in their concerns, paying close attention to economic opportunities and security, two important issues in US-Mexico relations.

For Mexico, the biggest issues in the US-Mexico relationship are economic, and President Enrique Pena Nieto is hoping to deepen commercial ties between the two nations.
In his State of the Union address, President Obama praised Ford Motor Company for bringing jobs back from Mexico as part of a strategy to make "America a magnet for new jobs and manufacturing".
Yet this statement, at least with regard to Mexico, is mistaken.
It isn't that globalisation doesn't lead some jobs to foreign lands. It does. But by expanding abroad, companies become more competitive, supporting and creating jobs at home.
Ford increased its US workforce (and plans on adding thousands more jobs by 2015), but it hasn't stopped hiring in Mexico. It is expanding a plant in Hermosillo and adding over 1,000 positions in the last few years in the state of Sonora.

A study by two Harvard business professors and a University of Michigan colleague shows that for every 10 people hired overseas by American corporations, two new jobs are created in the United States.

Mexican immigrants are not going to keep flooding the US

The images of hundreds of thousands of Mexican immigrants illegally entering the United States each year, chased down by border patrol agents on foot, horseback, or truck, resonates widely. But this reality has changed.
The estimated numbers coming north each year are down to levels last seen in the 1970s.
In fact, a 2012 Pew Hispanic Report noted that the net immigration for Mexicans in and out of the United States was "zero". In other words the same numbers of Mexicans entered and left.
This can in part be explained by the US recession, but it also reflects changes within Mexico.
Mexico has undergone a major demographic shift in the last generation. In the 1970s, women were having an average of seven children, but today that number is closer to two - the same as the US.
With fewer citizens coming of age each year relative to the overall population, the decades where Mexico's "extra youths" headed to the US are over.

Mexico's democracy is not weakening

Although many feared that the 2012 return of the PRI would push Mexico back into its authoritarian past, checks and balances now exist and constrain whomever wears the presidential sash.
In Mexico's Congress, the three major political parties must negotiate to get any bill passed, and the nation's Supreme Court has increasingly exercised its autonomy to restrain both political officials and vested interests.
The country's media and civil society groups more generally are beginning to play an important watchdog role, questioning policies and exposing bad behaviour.
And finally, Mexico has reached a relatively enviable space, ranking in the upper tiers of nearly all relative international measures of democracy.


Mexico is not at risk of becoming a failed state

Over the last six years, some 70,000 Mexicans have been killed in drug-related violence, and tens of thousands more have disappeared.
Mexico's police have often been unwilling or unable to stem the bloodshed, and the judicial system too has failed - with just 2% of all crimes ending in convictions.
But while Mexico faces a serious security threat from organised criminal groups, the country continues to collect taxes, build roads, run schools, expand social welfare programmes and hold free and fair elections.
Its economy has grown steadily, if somewhat slowly, and Mexico maintains an important presence in multilateral groups and summits.
It has also begun the long and arduous path of professionalising its police forces and transforming its courts to create a democratic rule of law.
One thing about Mexico that remains true is the deep and now permanent economic, political, security, and personal links between Mexico and the United States.
For Presidents Obama and Pena Nieto, there is much to gain from a better understanding of each other's country.
---
Shannon K. O'Neil is a senior fellow for Latin America Studies at the Council on Foreign Relations and the author of Two Nations Indivisible: Mexico, the United States, and the Road Ahead